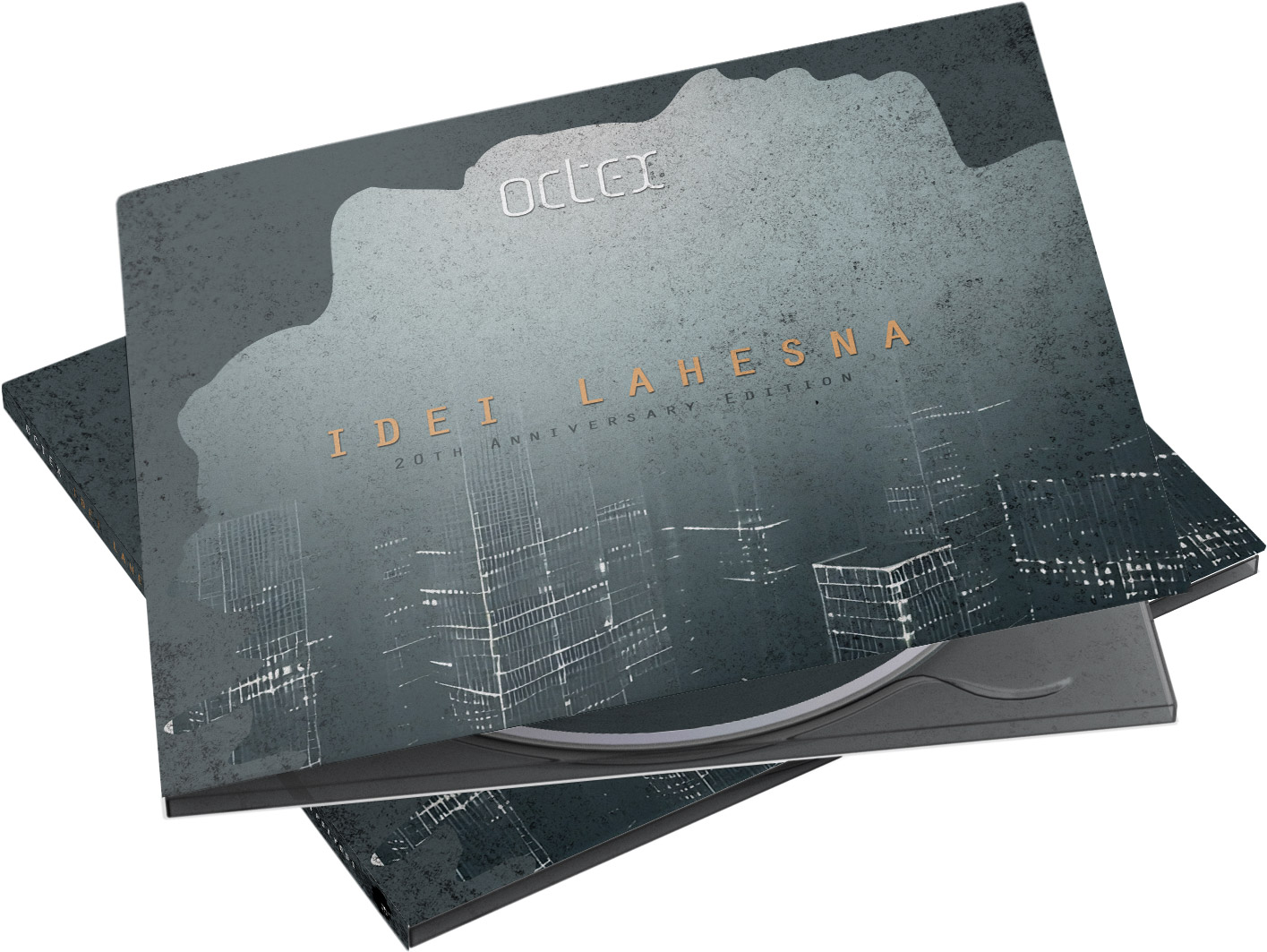 2022 marked the 20th anniversary of my debut album Idei Lahesna and to commemorate this occasion I was planning a simple remastered rerelease of the album but ended up with so much more.

It all started with me going through the stack of old DAT tapes to locate the original recordings and stumbling upon many different versions of the original tracks and also tracks from the same sessions that didn't make it to the album and that I have completely forgotten about. After repeated listening, I realized there was enough quality material for a separate album of Idei Lahesna versions & outtakes. But it didn't stop there. I was so drawn in by the hypnotic minimalistic simplicity of the music and the original album concept of "artificial lifeforms oscillating through the streets, trying to escape the rigid structure of the city" that I rewired a portion of my studio to function as it did when I was making the tracks more than 20 years ago. This made me rediscover the joy of making straight-up dub-techno music and I started taking virtual musical journeys through the night city and ended up with an album worth of material.

So what started up as a simple rerelease will end up in form of 3 albums.

Idei Lahesna (20th anniversary edition)
Painstakingly remastered by myself from original recordings, to sound as close as possible to what I envisioned, packaged in a beautiful digipack packaging with artwork inspired by the memories of artificial lifeforms that roamed the city. You can preorder your CD or high-definition 24-bit digital copy now on Bandcamp, and it will be released on the 30th of December when it will also be available on all major streaming services. CDs will be shipping out on the 16th of January.

Idei Lahesna (versions & outtakes)
Alternative versions and unreleased tracks hailing from the Idei Lahesna studio sessions. Available digitally on Bandcamp and all major streaming services on the 15th of February.

Idei Lahesna II
Newly produced tracks following the same concept and work methodology as the original Idei Lahesna. New material will be released in parts, with the first release scheduled for the 15th of March.

Idei Lahesna was released in 2002 to public and critical acclaim. It was immediately picked up by the late great John Peel for his BBC Radio 1 show, placed among 10 finalists of the Radio France International Electronic Music Award two years in a row, got played on MTV, VIVA, Onyx TV etc. It is to this day considered by many to be one of the best albums of the dub-techno genre.

Artificial life forms oscillating through the streets, their shapes reflected in windows and dissolving in the fog. Trying to escape the rigid structure of the city only disturbed by the subliminal funky crackles of erosion.

“This icy, panoramic re-interpretation of the Chain Reaction sound genuinely takes the style further, where many are content just to replicate it and let the dub filters create their own momentum.”
Alexei Monroe, Junkmedia

“While countless bedroom producers have embraced the school of Basic Channel and tried their hand at a similar style of dub-techno taken to minimal extremes, Marusic succeeds where others fail. He doesn't just emulate the decade-old Basic Channel template; instead, he breathes new life into it, infusing it with his own style and sense of demeanor, much like the wave of artists who characterized the Chain Reaction label in the late '90s.”
Jason Birchmeier, Allmusic